We had a very good reason to test Robert Sabuda’s Pop Up Card! It was L’s Birthday and what better than to give an awesome pop up card.

I found Roberts card template with instructions and got going. I had to adjust the given template a little with Photoshop to make it fit the proportions that I had in mind. No problem though.

Then quickly printed off two A4 pages, cut out the pieces, coloured them in to Hattifant’s liking and followed to great visual instructions on Robert’s website to put the card together. 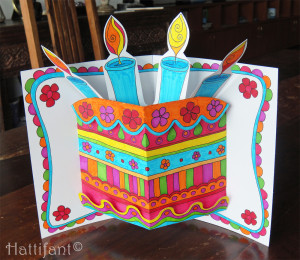 And what Hattifant family member L tests and survives gets an extra star from Hattifant! 😉 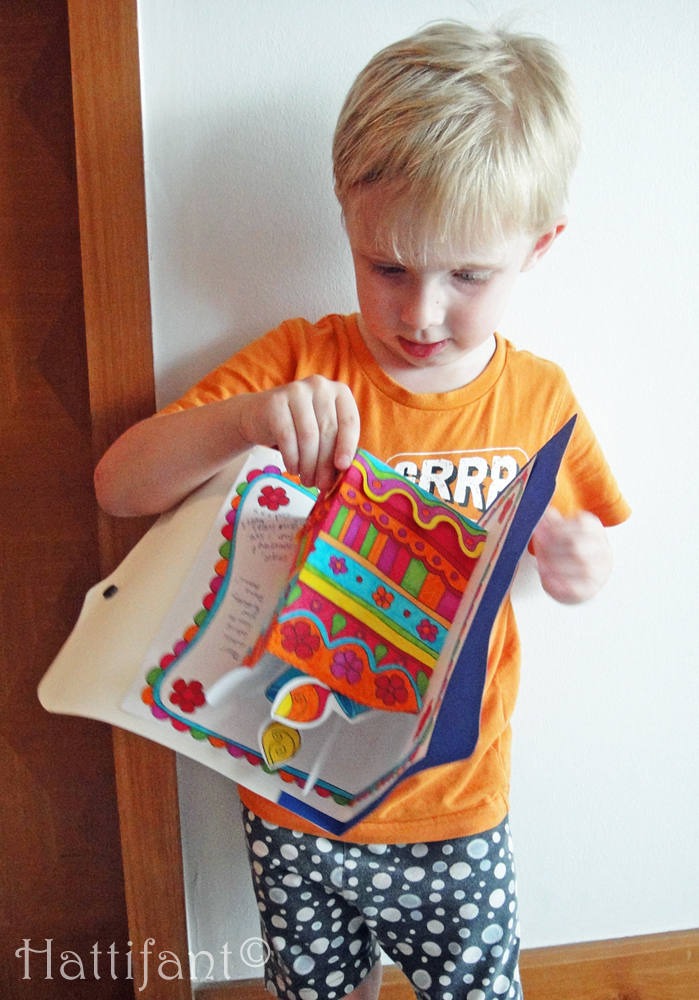 Concluding, the pop up card from Robert Sabuda is fantastic. But hey, no-one would have ever doubted that. We loved crafting it and it was definetely a major success with the recipient and his friends!

With this being said, the card will be admitted entry to Hattifant’s Pinterest Pinboard! As only the best of the best crafts are shown off there. Quality is the key! 🙂

This site uses Akismet to reduce spam. Learn how your comment data is processed.

We use cookies to ensure that we give you the best experience on our website. These cookies feedback information to our analytics and advertisers. We track views of the site - which pages are visited, whether you are a regular or returning visitor to help generate a more personalised experience. You can switch cookies off or follow the READ MORE link for more and information on how to. Accept Read More
Privacy & Cookies Policy

This website uses cookies to improve your experience while you navigate through the website. Out of these, the cookies that are categorized as necessary are stored on your browser as they are essential for the working of basic functionalities of the website. We also use third-party cookies that help us analyze and understand how you use this website. These cookies will be stored in your browser only with your consent. You also have the option to opt-out of these cookies. But opting out of some of these cookies may affect your browsing experience.
Necessary Always Enabled
Necessary cookies are absolutely essential for the website to function properly. This category only includes cookies that ensures basic functionalities and security features of the website. These cookies do not store any personal information.
Non-necessary
Any cookies that may not be particularly necessary for the website to function and is used specifically to collect user personal data via analytics, ads, other embedded contents are termed as non-necessary cookies. It is mandatory to procure user consent prior to running these cookies on your website.
SAVE & ACCEPT